Advanced Wound Care Center, Bangkok Hospital is highly specialized center aiming to provide a comprehensive wound care for all types of wound which caused by a wide range of medical conditions, including:

Get to know wound

Wound is a type of injury which happens quickly when  skin is torn, cut or punctured (called an open wound). When the skin is injured, the body sets into motion an automatic series of actions, often referred to the “cascade of wound healing”. Wound healing is a complex biological process in which the skin and the damaged tissues under it repair themselves after injury. The stages of wound healing proceed in an organized way and follow four processes: hemostasis, inflammation, proliferation and maturation. 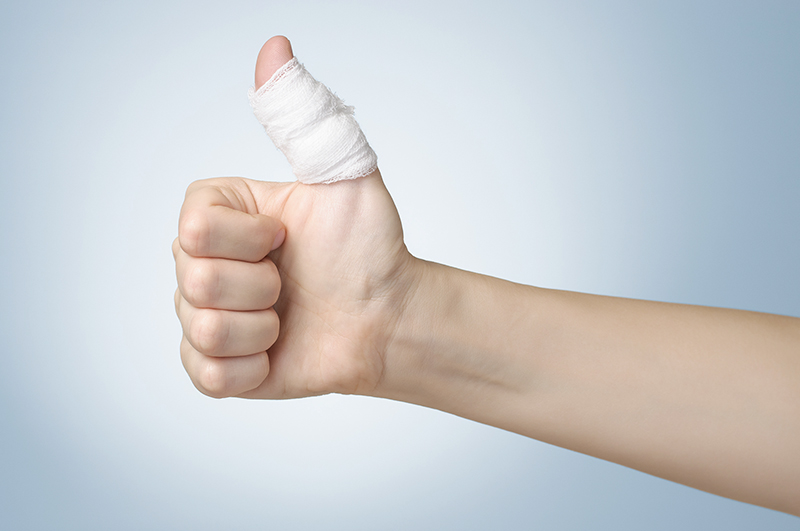 The first process of wound healing is hemostasis. It is the process of the wound being quickly closed by clotting. After skin injuries, hemostasis starts when blood leaks out of the body. Blood vessels constrict to restrict the blood flow, subsequently platelets stick together in order to seal the break in the wall of the blood vessel. At the end, coagulation process reinforces the platelet plug with threads of fibrin which are like a molecular binding agent.

Inflammation begins immediately after the injury when the injured blood vessels leak transudate, causing localized swelling. Inflammation helps controlling bleeding and preventing infection. During the inflammatory phase, damaged cells and pathogens are removed from the wound area by white blood cells (leukocytes) and macrophage. During this phase, the swelling, heat, pain and redness are commonly seen. Inflammation is a natural part of the wound healing process and it becomes problematic if prolonged or excessive.

The proliferative phase of wound healing happens when the wound is rebuilt with new tissue made up of collagen and extracellular matrix, called ground substance and matrix synthesis. During this phase, the wound contracts as new tissues are built. A new network of blood vessels must be constructed (angiogenesis) so that the granulation tissue can be healthy and receive sufficient oxygen and nutrients. During the process of generation of fibrous tissue, called fibroplasia, myofibroblasts cause the wound to contract by gripping the wound edges and pulling them together. In healthy stages of wound healing, granulation tissue is pink or red and uneven in texture. Healthy granulation tissue does not bleed easily. Dark granulation tissue can be a sign of infection, ischemia or poor perfusion. In the final phase of the proliferative stage of wound healing, epithelial cells resurface the injury, called epithelialization. It is important to remember that epithelialization happens faster when wounds are kept moist and hydrated. Collagen deposition subsequently happens to increase the strength of the wound.

The maturation phase is when the wound fully closes. The cells that had been used to repair the wound which are no longer needed are removed by programmed cell death. During the proliferative phase that previously happens, collagen is disorganized and the wound is thick. During the maturation phase, collagen is aligned along tension lines and water is reabsorbed, allowing the collagen fibers can lie closer together. Cross-linking of collagen reduces scar thickness and also makes the skin area of the wound stronger. Even with cross-linking, healed wound areas continue to be weaker than uninjured skin.

Acute wounds are those that normally heal through the routine processes of hemostasis, inflammation, proliferation and remodeling. Wound healing process in acute wounds expresses in a timely fashion. An acute wound becomes a chronic wound when it does not follow the correct healing stages, resulting in a prolonged recovery. A chronic wound refers to the wound which fails to heal within four weeks.

Our comprehensive wound care services are provided to patients who have: