The dangers of preeclampsia: Every mom-to-be should be aware

Pregnancy is an exciting time, but it can also be stressful. Preeclampsia is one of the conditions that affects mother-to-be. It consists of a broad spectrum of conditions which are associated with substantial maternal and fetal/neonatal morbidity and mortality. The incidence is estimated to be 4% of all pregnancies. 80% of cases have shown mild to moderate signs and symptoms while the remaining cases usually develop severe complications. It is a pregnancy complication characterized by high blood pressure and signs of damage to other organ systems.

Preeclampsia usually begins after 20 weeks of pregnancy while causes remain unidentified. Since mothers are at increased risk of seizures, placental abruption, stroke and possibly severe bleeding, the most effective treatment for preeclampsia is delivery. More importantly, pregnant women must be aware of warning signs and symptoms of preeclampsia in order to receive timely and appropriate prenatal care.

Get to know “preeclampsia”

The cause of preeclampsia involves several factors. Normally, the placenta nourishes the fetus throughout pregnancy. Early in pregnancy, new blood vessels develop and evolve to sufficiently send blood to the placenta. In pregnant women with preeclampsia, these blood vessels do not properly develop, resulting in impaired placenta function. These narrowed blood vessels react differently to hormonal signaling and limit the amount of blood that can flow through the placenta. When blood is inadequately supplied to the placenta, particular substances are released into mother’s bloodstream, causing systemic complications including hypertension, stroke, vision changes and impaired liver function. Fatal conditions such as seizure can substantially increase risks of maternal and fetal mortality. Emergency care must be provided immediately.

Risk factors for preeclampsia include: 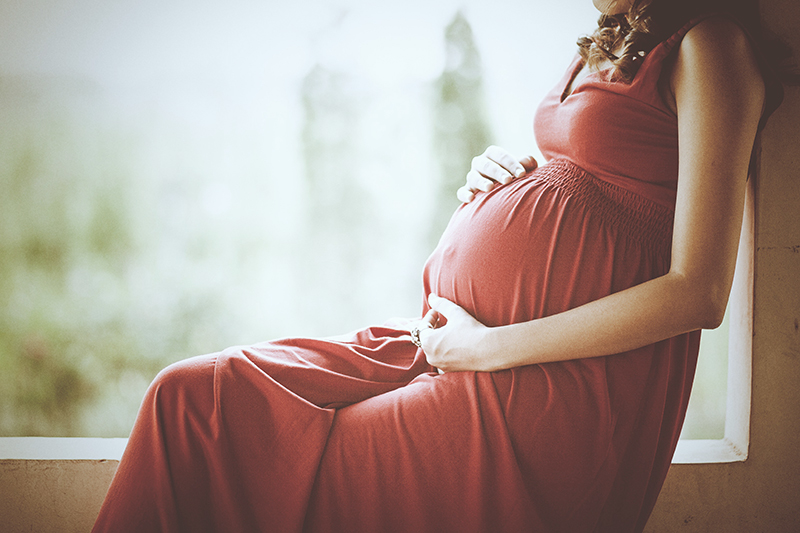 Complications entirely depend on the severity of preeclampsia. Complications might happen to both mothers and babies including:

Diagnostic tests include physical examination, blood test, urine analysis, and ultrasound to determine fetal growth. After diagnosis is made, treatment plan will be provided accordingly.

Without symptoms, screening of preeclampsia can be conducted by risk assessment, blood test and fetal ultrasound. The images of baby created during the ultrasound exam allow doctor to estimate blood circulation and fetal weight as well as the amount of fluid in the uterus (amniotic fluid). Administration of low dose of aspirin is effective in prevention of preeclampsia in high-risk patients. It can significantly reduce risks of developing preeclampsia up to 60%.

Since mothers are at increased risk of seizures, placental abruption, stroke and acute kidney failure, the most effective treatment for preeclampsia is delivery. Gestational age will be a major determinant. If it is too early, obstetricians may prescribe medicines that enhance lung function to extent gestational age to reach the point that delivery can be performed. However, if preeclampsia is diagnosed near the end of the pregnancy, cesarean delivery or inducing labor will be highly advised to attenuate the severity affecting both mothers and babies.

After delivery or labor, newborns are closely monitored in Neonatal Intensive Care Unit (NICU). Mothers still possess chances to develop high blood pressure and seizure, thus maternal care must be provided under supervision of multidisciplinary team. In general, well-being of mother returns to normal within 2 weeks. If condition progresses, immediate medical attention provided by the specialists must be sought.

In certain cases, risks to develop preeclampsia are  greatly reduced by regular antenatal care which is the systemic supervision of women during pregnancy to monitor the progress of fetal growth and to ascertain the well-being of the mother and the fetus. In case that preeclampsia is detected, appropriate treatments can be provided in time. Low-dose aspirin, a blood thinning medicine might be daily prescribed to prevent preeclampsia in patients with certain indications. However, administration of aspirin must be stopped 1 week before giving birth in order to prevent active bleeding during labor or delivery. If suspected signs and symptoms are indicated e.g. swelling particularly in the face and hands with sudden weight gain and severe headache without responses after taking medicines, immediate medical assistance is highly required. If preeclampsia is detected early, its severity substantially reduces, resulting in more safety to mothers and babies.