“Women over 30” must be aware of an increased risk of infertility caused by ovarian disorders.

Infertility is defined as a condition that not being able to get pregnant despite having frequent and unprotected sexual intercourse for at least a year (or longer). Statistical data reviews that a number of couples has been experienced this unsolved problem that might result from medical issues of either men or women as well as the combination of other factors that interfere with pregnancy. Fertility in women is known to decline steadily with age , thus risk to develop infertility substantially increases. Causes of female infertility may include ovarian disorders (e.g. chocolate cysts and polycystic ovary syndrome or PCOS) and the abnormalities of uterus (womb) such as myoma uteri and endometrial cancer. To enhance the chance of pregnancy, fertility awareness checkup of reproductive system must be comprehensively provided and all advices from specialists should be strictly followed.

Three main causes of infertility include:

Although infertility causes can affect one or both partners, generally about 40-50% of cases, the causes are relatively related with the female while 30% of cases is associated with male problems and 20-30% of the remaining cases with unknown exact causes.

Averagely, women are born with 1–2 million potential eggs, in the form of ovarian follicles and this will be all the eggs for a lifetime. The eggs are contained in the ovary. During the first part of each menstrual cycle, one of the eggs is being grown, matured and ovulated. An increased age results in reduced number of remaining eggs in the ovary. Besides advanced age, unhealthy lifestyle plays significant role in ovulation process, egg quantity and egg quality.

Conditions that impair the ovulation process include:

All of mentioned conditions potentially lead to low egg count and poor egg quality which affect fertility process. Medical counseling must be provided as soon as possible. 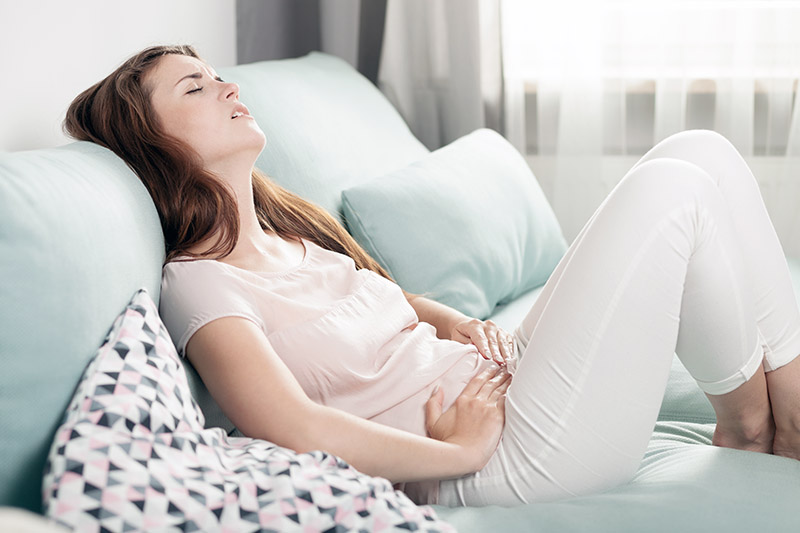 One of the most common reproductive disorders that leads to being infertile, especially in women over 35, is chocolate cysts. Chocolate cysts, also known as ovarian endometriomas, are a type of ovarian cyst that frequently seen in women with “endometriosis” which is a condition that tissue which normally lines the inside of your uterus, called the endometrium, grows outside the uterus.

Chocolate cysts are noncancerous, fluid-filled sacs with brown, melted chocolate-like appearance. The size will usually be enlarged from previous menstrual blood and tissue that fill the cavity of the cysts. Multiple risk factors considerably affect the growth rates of cysts. A chocolate cyst can affect one or both sides of the ovary. It may occur in multiples or singularly. Typical findings include an increased endometrial thickness, severe pelvic pain before, during or after menstrual periods and irregular menstrual patterns. Untreated chocolate cyst does not only cause serious complications such as ruptured cysts and severe internal bleeding, but it also significantly increases the chance of infertility.

To accurately diagnose chocolate cysts, the gynecologists usually perform pelvic examination combined with a pelvic ultrasound (radiological imaging test). Created images from ultrasound scan clearly reveal the abnormalities of uterus and ovaries on a video screen. Selected treatment entirely depends on size and location of cysts, severity, presented symptoms and individual patient’s conditions. Treatment options include medications (hormonal contraceptives such as birth control pills) and surgical approaches. “Laparoscopic gynecologic surgery” is a minimally invasive procedure to safely remove cysts. Via smaller incisions, laparoscopic surgery results in less pain and more safety associated with a low frequency of complications such as lower rate of post-operative infections and less fibrosis formation after surgery. More importantly, faster recovery time and shorter hospital stay enable patients to quickly return to their daily life and activities with an improvement of their quality of life.

Although, several tests and techniques to enhance fertility are recently available, real cause of infertility must be firstly identified before any procedures are effectively selected. As a very first step, fertility doctors usually make advices for a couple to remain as healthy as they can and have sexual intercourse during the ovulation period to increase the chances of being pregnant. If infertility can’t be corrected after a full lifestyle and sexual habit modification, fertility procedures that might help are intracytoplasmic sperm injection (ICSI), intrauterine insemination (IUI), gamete intrafallopian transfer (GIFT) and in vitro fertilization (IVF). The certain fertility techniques will be carefully chosen based on age and health status of a couple. Premarital counseling and planning combined with reproductive system evaluations greatly improve the odds of getting pregnant. If any reproductive abnormalities such as chocolate cysts and endometriosis have been found, effective and appropriate treatments must be firstly provided prior to becoming pregnant. Premarital health screening plays a significant role in fertility preparation. The sooner abnormal findings are discovered and treated, the better outcomes for making family plans could be successfully achieved.