Appendicitis in pregnancy might be overlooked. In fact, it is one of the most common non-obstetric surgical diseases during pregnancy. Due to unspecific symptoms associated with normal pregnancy such as abdominal pain, nausea and vomiting, appendicitis in pregnant women is very difficult to diagnose.  As a consequence of the diagnostic difficulties, perforation rates are higher in pregnant women, affecting both expectant mothers and fetus’s health. If it is not treated promptly, the chances of fetal loss might considerably increase.

Appendicitis is an infection or inflammation of the appendix which is a finger-shaped pouch that projects from colon on the lower right side of the abdomen. It can actually strike anyone at any age including pregnant women. Appendicitis during pregnancy is associated with an increased risk of serious complications and morbidity compared with the general population. As a consequence of the diagnostic difficulties, perforation rates are higher in pregnant women, affecting both mothers and fetus’s health. The incidence of appendicitis in pregnancy seems to be considerably higher during the first 6 months (the first and second trimesters). If it is not treated promptly, it might eventually lead to a ruptured appendix and infections inside the abdominal cavity (known as peritonitis). These life-threatening complications increase chances of preterm delivery and fetal loss.

Signs and symptoms of appendicitis in pregnancy

Abdominal pain is common in pregnancy. It is usually caused by uterus expanding and the stretching of ligaments. Nonetheless, unspecific symptoms associated with normal pregnancy such as abdominal pain, nausea and vomiting make appendicitis is very difficult to accurately diagnose. As the uterus grows during pregnancy, the bowel is displaced and the appendix gets moved. Abdominal pain might not be able to identified by the abdominal examination. When gestational age increases, pain might radiate to the upper right side of the abdomen and location of the appendix might change. In comparison to general patients with pain in the lower right side of the abdomen, to get appendicitis in pregnant women diagnosed correctly, highly experienced and specialized doctors are required. Besides abdominal pain, other symptoms may include nausea, loss of appetite, flatulence and abdominal tenderness. Differential diagnosis must be made to identify other possible conditions. If the appendix becomes infected, fever and chills develop. Left untreated, an inflamed appendix will eventually burst, or perforate and spill infectious materials into the abdominal cavity, causing severe abdominal pain. If appendicitis is suspected during pregnancy, immediate medical attention must be sought urgently.

If abdominal pain presents and appendicitis is suspected, medical assistance must be provided immediately. Self-treatment such as taking medications and consumption more foods and drinks to temporarily relieve pain must be strictly avoided. In case that it is emergency and surgery is indicated, food and water restriction is required. 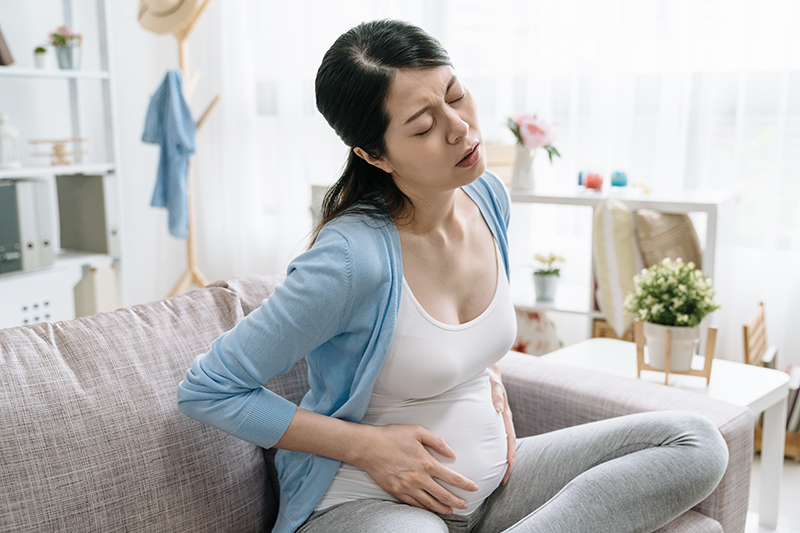 Diagnosis of appendicitis in pregnancy

Tests and procedures used to diagnose appendicitis in pregnant women include:

Treatment of appendicitis in pregnancy

After the appendicitis is confirmed in pregnancy women, surgical removal of the appendix is indicated in most cases. Working as a multidisciplinary approach, surgeons collectively plan surgical treatment with obstetricians and gynecologists in order to ensure the best possible outcomes for treatment of appendicitis while pregnancy remains healthy. In addition, caesarean section is not generally required in the majority of cases. Nevertheless, treatment plan varies among individuals, depending on severity, complications and over health status of patients.

Since pregnant women tend to have more chances to develop appendix ruptures that spill infectious contents into the abdominal cavity and causing sepsis, emergency surgery must be immediately performed.

Surgical treatment to remove appendix is called an appendectomy. There are two types of appendectomy: open appendectomy and laparoscopic appendectomy. The latter has increasingly been used due to its superior benefits. In comparison to open appendectomy which open cut is required, laparoscopic appendicitis is a minimally invasive surgery to remove the appendix through small incisions. Surgeons, obstetricians and gynecologists operate through these small incisions by insertion of surgical instrument and surgical camera (laparoscope) while watching the enlarged images of the internal organs on a monitoring screen. Laparoscopic appendectomy is usually the preferred method due to smaller incisions, less blood loss, less pain and scarring, faster recovery time as well as the reduced risks of post-operative complications such as lowered rates of infection.

Advanced surgical technology plays a crucial role to achieve the best possible surgical outcomes. Advanced 3D laparoscopic surgery allows surgeons to perform procedures with greater speed and more accuracy as well as the improvement of surgical outcomes. The laparoscopic camera is attached with 2 high definition lens. With the use of the latest 3D laparoscopic surgical system, surgeons wearing 3D glasses can view the procedure on a high resolution video monitor with full HD, natural 3D vision and depth perception. Due to the advancements in laparoscopic instrument with 4K Ultra High Definition, it enables surgeons to clearly visualize the surgical field in the abdominal cavity including internal organs, blood vessels and nerves which is displayed on 55-inch surgical monitor screen. In comparison to previous Full HD version, as a consequence, it helps enhancing surgical accuracy and promoting more safety to surrounding areas. However, the complexity of laparoscopic procedure is principally determined by the position of the appendix and presenting complications. More importantly, the best possible outcomes can be achieved by the supportive technology and the expertise of surgeons with multidisciplinary approach. 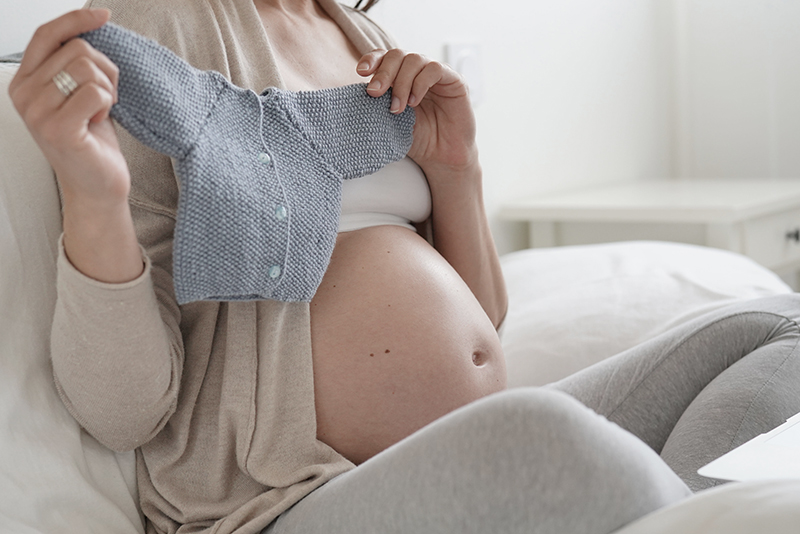 Appendicitis in pregnancy affects both expectant mothers and babies. If it is not treated promptly, serious complications might lead to life-threatening conditions. Appendicitis should not be overlooked in pregnant women. If appendicitis is suspected, immediate medical care is highly advised in order to receive accurate diagnosis and timely treatments.