Anaphylaxis: A life-threatening allergic reaction that needs to be treated right away.

An allergy is one of the most common chronic diseases that can be found in people of all age groups. An allergy is an immune system response to a certain foreign substances that are not typically harmful to the body. These foreign substances are called allergens. When the body exposes to the allergens, the immune system reacts to the allergens by producing substances known as antibodies to identify particular allergens as harmful substances. The symptoms that result are an allergic reaction. An allergy can range from minor to severe. Anaphylaxis is a severe, potentially life-threatening allergic reaction. It can occur within seconds or minutes after exposure to certain allergens. If it is not treated immediately, it can result in serious complications involving multiple organ systems and even be a fatal condition such as shock.

Get to know anaphylaxis

Anaphylaxis is a severe, potentially life-threatening allergic reaction that can occur within seconds or minutes after exposure to certain allergens, such as foods, medicines, insect bites and stings as well as other substances that trigger the body’s immune response. Normally, our immune system produces antibodies that defend against harmful foreign substances, such as bacteria or viruses. But in some people, their immune systems overreact to particular substances that are not typically dangerous. This immune response results in severe allergic reaction affecting several organs at the same time. It can cause anaphylactic shock, leading to death.

The anaphylactic triggers usually include:

In normal condition, our immune system produces antibodies to defend against foreign substances that might be harmful to the body. These antibodies can release a number of immune system chemicals such as histamine that cause allergy symptoms.  In some people, their immune systems overreact to a harmless substances, causing more severe reactions. Nonetheless, there is a wide variation in anaphylactic triggers among individuals and the symptoms might also vary. 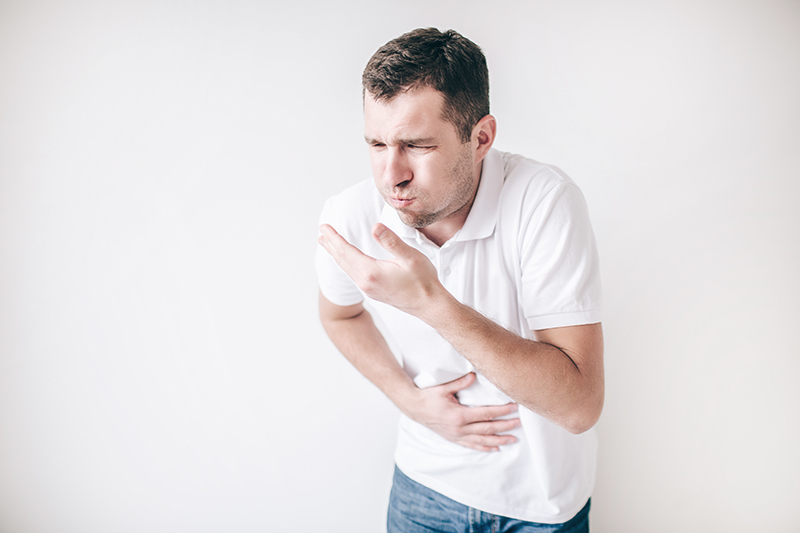 Signs and symptoms that potentially indicate anaphylactic reaction include:

*** Anaphylaxis in children is mainly caused by food allergies while drug allergies and other substances are major triggers of anaphylaxis in adults.

Prompt assessment by using ABC approach (airway-breathing-circulation) and immediate treatment are critical in anaphylaxis, as respiratory or cardiac arrest and death can develop within minutes. Epinephrine is the first and most important treatment for anaphylaxis. Since it constricts blood vessels, epinephrine prevents hypotension, upper airway edema and shock. In addition, it relaxes the muscle around the airway with bronchodilator effects and improves cardiac conditions, resulting in the prevention of cardiac and respiratory arrest. Epinephrine is administered via intramuscular injection, preferably in the thigh (auto-injector available as glass prefilled syringe) as soon as anaphylaxis is recognized to prevent the progression to life-threatening symptoms.

Other treatments e.g. antihistamine drugs and oxygen therapy might be additionally required, depending on the severity of allergic reactions and the patient’s response. Although in most cases there is no absolute way to treat the underlying immune system condition that can lead to anaphylaxis, people can take steps to prevent a future attack and be prepared if it occurs. For people who had have allergic reactions to certain allergens, it is a must to avoid those allergy triggers. Particularly in people with food allergies, labels indicating ingredients must be carefully read before consuming. Self-administered epinephrine injection should be carried in case an anaphylaxis suddenly attacks. Allergen testing can be also considered in people who are at risk of developing allergic reactions.

The Allergy and Asthma Center at Bangkok Hospital offers a full range of allergy and asthma-related services conducted by highly specialized multidisciplinary team in allergy and asthma, including pediatricians and allergists. Our comprehensive allergy tests include skin test, patch test, blood test as well as more definitive tests to accurately diagnose or rule out a true food or drug allergy, such as oral food challenges and oral drug challenges.