It is widely acknowledged that alcohol abuse or alcoholism is one of the major contributing factors to develop acute and chronic inflammation of both liver and pancreas. Fatal conditions caused by alcoholic abuse include a severely liver inflammation, acute liver failure or/and cirrhosis presented with liver cancer. Besides serious conditions of liver and pancreas, other body’s systems are substantially impacted including digestive system, cardiovascular system, endocrine system, kidney, blood circulation and coagulation process as well as impaired immune system which subsequently leads to severe infection and sepsis. These health conditions largely disrupt the quality of life, both physically and mentally. Early diagnosis and timely treatment result in decreased disease severity and reduced mortality rates.

Liver disease or hepatic disease is any disturbance of liver function that causes illness. Liver disease can be induced by a wide range of causes. Nevertheless, primary causes of liver disease include:

Typically, liver disease does not produce any specific signs and symptoms until disease progresses to advanced stages. Relevant symptoms that might indicate liver abnormalities include loss of appetite, unintentional weight loss, bloating or flatulence and chronic constipation. Patients might experience abdominal pain in the upper right abdomen where liver locates. If disease continues to progress, specific symptoms are ascites due to the abnormal buildup of fluid in the abdomen and dark urine color which is unsolved even after loading water as well as jaundice, a yellow discoloration of the skin and the whites of the eyes.

Annual heath check-ups remain essential in order to screen warning symptoms at early stage. To diagnose liver disease, doctors perform full physical investigations including medical history taking e.g. presenting signs and symptoms and family history as well as physical examinations and additional imaging tests if necessary. Fatty liver is one of the most common liver diseases found in patients with risk factors e.g. being obese or overweight, diabetes, high blood pressure, high triglyceride levels and alcohol consumption. The best possible way to prevent alcohol-induced liver disease is to stop drinking which allows hepatic cells to restore the capacity to regenerate and function. If risk factors remain, acute hepatitis might turn to be cirrhosis, a late stage of scarring (fibrosis) of the liver and eventually cause liver cancer. 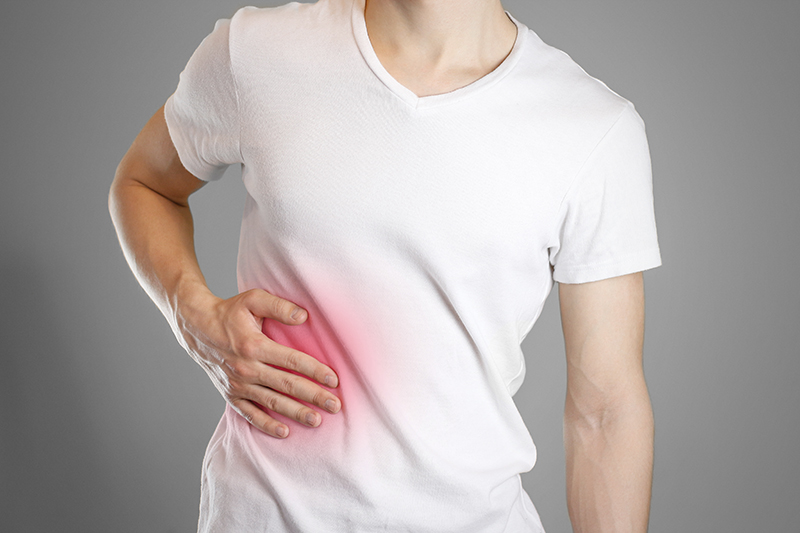 The pancreas is a long, flat gland that locates behind the stomach in the upper abdomen next to the beginning of small intestine. The pancreas produces enzymes that help digestion (carbohydrates, proteins and fat) and hormone, insulin that regulates blood sugar level (glucose).

Pancreatitis is an inflammation in the pancreas which occurs when the digestive enzymes are activated before they are released into the small intestine and these enzymes begin attacking the pancreas and causing inflammation. There are two forms of pancreatitis: acute and chronic. Acute pancreatitis appears suddenly and normally lasts for days while chronic pancreatitis occurs over many years.

Signs and symptoms of pancreatitis may vary, depending on its severity. Presenting symptoms are upper abdominal pain that might radiate to the back, abdominal tenderness, loss of appetite, nausea and vomiting. Food usually worsens symptoms. Severe abdominal pain might disrupt sleep.

Tests and procedures used to diagnose acute pancreatitis include:

Treatment options for acute pancreatitis depend on symptoms and disease severity. Dehydration and shock may occur. Treatments include intravenous (IV) fluids, as the body devotes energy and fluids to repair inflamed pancreas, pain medications and close monitoring of possible complications. In addition, treatment will be selected based on the causes of inflammation. If pancreatitis caused by gallstones, surgery to remove gallbladder is further recommended. Pancreas surgery may be necessary to drain fluid from the infected pancreas or to remove dead tissue. If left untreated, complications might develop and lead to increased chances of death

Signs and symptoms of chronic pancreatitis are considerably similar to acute episode. Main symptom is severe upper abdominal pain which often radiates to the back and usually gets worse and cannot be relieved after taking medicines. Nonetheless, some patients might not exhibit abdominal pain. Since a damaged pancreas cannot produce digestive enzymes, patient with chronic pancreatitis may develop problems with digesting and absorbing food and nutrients. This can lead to weight loss, vitamin deficiencies, diarrhea and greasy, foul-smelling stools. Over time, a damaged pancreas also can fail to produce sufficient insulin, which results in high blood sugar level. Additionally, patients diagnosed with chronic pancreatitis have a greater chance of pancreatic cancer. 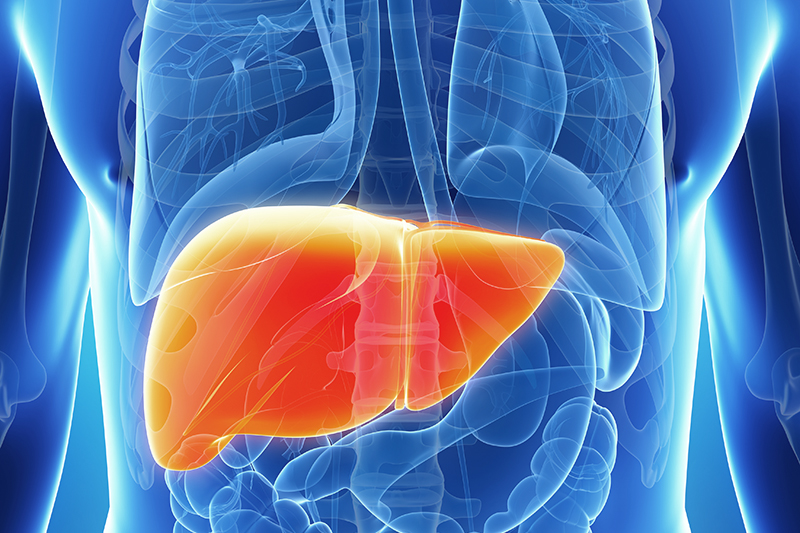 To treat liver and pancreatic diseases effectively, alcohol discontinuation is highly recommended in order to allow hepatic cells to restore the capacity to regenerate and function, therefore disease progression can be delayed. Treatment options to treat liver, pancreatic and biliary diseases include:

In case that pancreatitis is diagnosed with the presence of local complications such as necrotizing pancreatitis, defined as a condition where parts of the pancreas die due to lack of sufficient blood supply and may get infected, surgery may be necessary to drain fluid from the infected pancreas or to remove dead tissue (pancreatic necrosectomy). Surgical removal of either whole pancreas or only affected part of the pancreas is considered effective treatment option in patients who have pancreatic cancer without the metastatic evidences to other organs in the body.

If gallstones are found, urgent treatment must be provided. Being aware of warning signs and symptoms remains essential. If abnormal signs exhibit, medical attention must be sought as soon as possible in order to receive accurate diagnosis and appropriate treatments.