ReLex is the latest technique in eye treatment that takes laser vision correction for short-sightedness beyond LASIK. It uses the femtosecond laser to precisely separate and then remove a ‘lenticule’ (tiny disc) of tissue to re-shape cornea and change its lens power.

Similar to LASIK, the corneal surface layer is largely untouched as such the procedures share the same benefit of minimal post-operative discomfort and rapid visual recovery.

Because no excimer treatment is necessary, the laser procedure itself is quicker and there is no ablation.

ReLex SMILE in particular offers significant benefits: using the Femtosecond laser the
corneal surface incision (2-5mm) is much smaller, and there is no ‘flap’ so the approximately
20mm cut of LASIK is reduced by more than three-quarters. This method has minimal side
effects and is highly accurate. 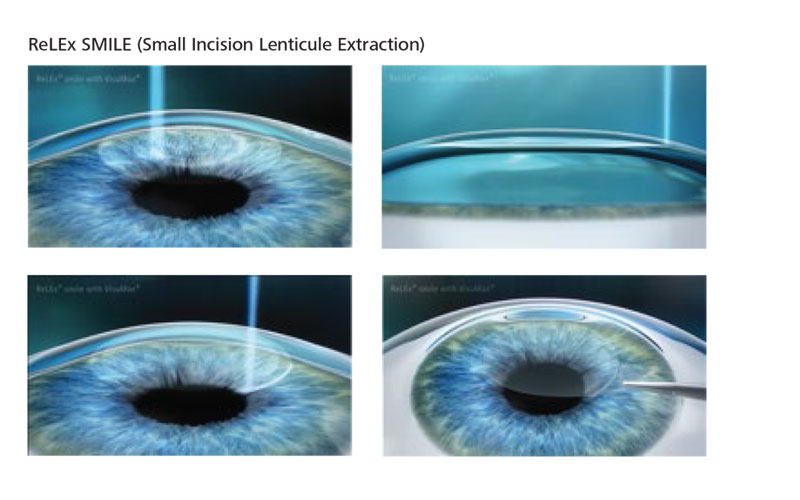