The new technology delivers value to surgeons and patients by reducing surgical errors and improving the accuracy, precision and speed of surgical tasks, such as dissecting, grasping and suturing, when compared with the previous-generation 2D surgical systems. This is achieved by providing natural 3D vision and depth perception while performing laparoscopic and minimally invasive procedures.  In addition, the modern technique is performed through small incisions as compared to larger incisions needed in traditional “open” surgical procedures. The new approach minimally invasive surgery helps provide better clinical outcomes while offering less scarring, less pain, shorter hospital stays and faster recovery.

Bangkok Hospital has recently upgraded its minimally invasive surgery technology with the introduction of the latest 3D laparoscopic surgical system, which is now being used at three major centres, including the Bangkok Urological Center, Bangkok Surgery Clinic and Bangkok Women’s Health Center.

“At Bangkok Urological Center of Bangkok Hospital, we use the latest 3D surgical technology to perform minimally invasive surgery for a group of urinary diseases of the adrenal gland, kidney, renal pelvis, bladder and prostate gland. Prostate and kidney cancers are commonly found among this group,” explained Dr.Tanet Thaidumrong, M.D., Laparoscopic Urologist.

Dr.Att explained: “With the use of the latest 3D laparoscopic surgical system, surgeons wearing 3D glasses can view the procedure on a high resolution video monitor with natural 3D vision and depth perception. Viewing surgical procedures in this way gives surgeons more confidence while performing subtle and critical aspects of operation. We use this technology for early stages of the disease. When cancerous cells are spreading, a combination of treatments, such as surgery, radiation and/or chemotherapy, is required.”

Colorectal cancer occurs when healthy cells in the colon become mutated. Healthy cells grow and divide in an orderly way to keep body functioning normally. But when a cell is damaged and becomes cancerous, cells continue to divide. These cancer cells can invade and destroy normal tissue nearby. Furthermore, cancerous cells can move to other parts of the body.

“Nowadays, we have found colorectal cancer in patients as young as 20. Some risk factors that cannot be changed include age, family history and race or ethnic background. And some routine lifestyle factors can lead to a higher risk of this type of cancer, such as consuming certain types of foods, including: red meat, processed meat and meat cooked at a very high temperature; lack of exercise; being very overweight, smoking; and heavy alcohol use.” he concluded.

The laparoscopic approach has also become a good choice for treating obesity. It has been proven that general treatments, such as medication, lifestyle modification and regular exercise can produce good results, but only for a short period. Patients usually gain more weight soon after the treatments. On the other hand, by undergoing surgical procedures, the outcomes on co-morbidities are better and lead to a decrease in reliance on medications for heart disease, hypertension and diabetes.

The recommended criteria for surgical treatment of obesity patients is a BMI 37.5 or higher and 32.5 in cases with co-morbidities –  which requires a procedure known as Bariatric surgery to decrease the size of the stomach, and therefore the amount of food absorption, causing the body to use up excess fats as a source of energy. Modern day surgical treatment has been proven as a highly effective method for long term treatment of obesity. 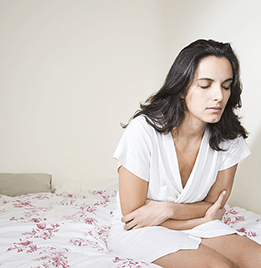 During this procedure, a laparoscope (a thin fibre-optic device that transmits light and a video image) is inserted through a small incision (minimally invasive), usually in the navel, to view the uterus. Carbon dioxide gas (13-15 mmHg) is used to fill the abdomen and lift it away from the internal organs, giving the surgeon a better view for the procedure.

The 3-D high-definition image from the camera attached to the end of the laparoscope is seen on a video monitor. Two or three small (5 mm) incisions are made below the pubic hairline and instruments are inserted through minimally invasive these incisions to perform the surgery. The fibroids are detached from the uterus and removed. Following, the openings in the uterus are stitched closed with the use of specially designed tools.

“Even though the surgical processes of the latest 3D technology are similar to those of previous-generation 2D laparoscopic surgical treatments, the new tool provides ‘BEST’: Better vision, Easier and safer operation and Shorter operating Time,” concluded Prof.Dr.Sawaek. 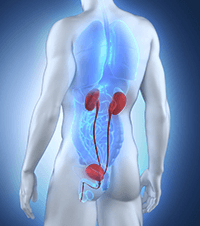 Prostate cancer is a disease which only affects men. It begins growing in the prostate – a gland in the male reproductive system. During the early stages of prostate cancer, there are usually no symptoms. It can be detected after a routine check-up or blood test. Symptoms of the disease at the early stages include frequent urination, blood in the urine and painful urination. When it is in advanced stages, patient may experience the symptom of bone pain, typically in the spine, pelvis or ribs. Nobody is really sure about the specific causes of this disease. There are many possible factors, such as age: commonly found after the age of 50; Race: Europeans and Americans to have higher risk than Asian people; Lifestyle: smoking, regularly consuming fatty foods and living in poor environmental conditions; and genetics.

Likewise, the causes of kidney cancer are related to genetics and environmental conditions. There are no symptoms during the early stages, but during the advanced stages, patients can have blood in the urine, a continuous pain below the ribs and a lump in the abdomen.

Dr.Tanet continued: “We use the latest 3D laparoscopic surgical system to remove cancerous tumours from the prostate gland and kidney, which are located deep within the pelvic area and abdomen. The minimally invasive surgery technique used for the operation is performed through small incisions (5-12 mm) as compared to larger incisions needed for traditional surgical procedures. This reduces pain and bleeding because the imaging tool can magnify an object 20-30 times, giving surgeons a clearer view of blood vessels and small nerves. After a week’s hospital stay, patients can go back home for recovery, which  takes less time than traditional open surgical treatments.”

“With the use of new technologies, doctors are able to catch diseases at an early stage, while patients feel less anxious about getting surgical treatments,” concluded Dr.Tanet.

“The laparoscopic surgical treatment and minimally invasive offer many advantages when compared with similar procedures performed through a large open incision,” said Dr.Att Nitibhon, M.D., Director of the Surgery Clinic.