Liver failure, a life-threatening condition that must not be left untreated.

Liver is a vital organ in the digestive system. Functions of liver include filtration of the blood coming from the digestive tract before passing it to the rest of the body, detoxifying chemicals and metabolizing drugs as well as boosting immune response. The abnormalities of liver are usually susceptible to develop further serious diseases due to complicated structures and functions.

Liver failure can be induced by a wide range of causes. Nevertheless, primary causes of liver failure include:

1) Alcohol abuse: Liver failure is more likely to happen in men rather than women with particular contributing risk factors including heavy or chronic alcohol use. Over time, damage to the liver results in scarring (cirrhosis) which can eventually lead to liver failure and liver cancer. The chances of developing disease are largely determined by the amount of alcohol intake and duration. After digestion process, alcohol and its metabolic byproducts, including acetaldehyde, contribute to liver injury by causing liver cell damages. As a result, liver cannot function normally, leading to an accumulation of fat in the liver, known as fatty liver. In fact, if alcohol consumption is discontinued during the early stage of liver damages, the liver will be able to compensate for its limited function. At the end, liver function can be fully preserved. However, if alcohol consumption continually persists, the self-compensation mechanism of the liver eventually fails. Liver damages from repeated and excessive alcohol abuse results in fibrotic scars, alcoholic liver cirrhosis and eventually end-stage liver failure.

2) Other factors: Other causes to trigger liver failure are

How to define “liver cirrhosis”

The repeated presence of risk factors induce liver damage. Over time, damage to the liver results in scarring process, known as cirrhosis. As a consequence, liver cannot properly function. In fact, if risk factors are discontinued, the liver can automatically compensate for its limited function. At the end after compensation process, liver function can be fully reversed back or close to normal stage. However, if those factors continually present, the self-compensation mechanism of the liver eventually fails. Liver damages from repeated and excessive risk factors, especially alcohol abuse results in fibrotic scars, alcoholic liver cirrhosis and eventually end-stage liver failure.

After liver cells are replaced by fibrotic tissue or scar caused by liver injuries, the remaining cells cannot preserve their normal functions. Eventually, self-compensation process discontinues and it leads to liver failure at the end. Liver failure can be developed slowly, known as chronic liver failure or rapidly, called acute liver failure which normally happens in patients with severe alcohol abuse or acute viral  hepatitis infection. However, acute liver failure is less common than chronic liver failure, accounting for less than 10% of all cases. In addition, cirrhosis and liver failure might greatly increase chances of liver cancer. However, it is not always necessary. Only 10% of patients diagnosed with cirrhosis develop liver cancer, while not all patients with liver cancer are originally caused by cirrhosis. Since cirrhosis potentially leads to serious complications, close monitoring provided by specialists is highly recommended.

Warning signs and symptoms that might indicate liver failure include:

If these abnormalities exhibit, immediate medical attention must be sought as soon as possible. In addition, if hormonal disturbance is indicated such as breast enlargement in men and excessive hair growth, irregular menstrual period or male-like voice in women, liver disease might be potentially suspected.

Fluid retention, otherwise known as ascites, results in loss of appetite, malnutrition, impaired coagulation process with increased risks of bleeding, poor immune response with greater chances of being infected. These complications lead to acute kidney failure which is a fatal condition.

More importantly, toxic substances cannot be excreted properly due to limited function of the liver. Thus the liver cannot adequately remove toxins from the blood. This causes a buildup of toxins in bloodstream, eveually lead to fatal brain damage e.g. brain edema and coma. 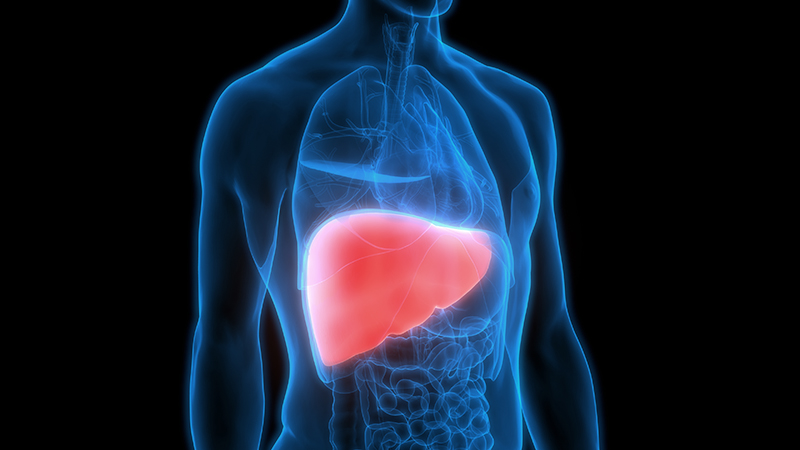 To treat cirrhosis effectively, alcohol discontinuation is highly recommended in order to allow hepatic cells to restore the capacity to regenerate and function, therefore disease progression can be delayed. Unless, it reaches decompensated cirrhosis –a term that is used to describe the complications of advanced liver disease including ascites, jaundice, weight loss and severe fatigue, surgical treatment is primarily recommended.

Taking good care of the liver

For healthy people, recommendations include:

For patients who are diagnosed with cirrhosis or having risk factors:

Clinical researches indicate that 25-50% of patients with cirrhosis can survive for another 10 years. Regular health check-ups and early diagnosis substantially result in effective and timely treatments, leading to decreased disease severity and lowered chance of developing serious complications.  If abnormal signs exhibit, medical attention must be sought as soon as possible in order to receive accurate diagnosis and appropriate treatments.