Autism is a mental condition, present from early childhood, characterized by difficulty in communicating and forming relationships with other people and in using language and abstract concepts.

Autism can be found in children before the age of 3 and a majority will be unable to speak at the age of 1, or was able to speak intermittently and suddenly stopped altogether. Symptoms may include repetition of sentences and words, diminished responsiveness, and gibberish. Teachers at school may inform the parent that their child is secluded and does not join group activities, has difficulty making eye contact, displays obsessive compulsive behavior, repetitive movement, and ritualistic behavior.

Other noticeable symptoms that can be observed in infancy are, your child does not display facial expression, does not follow objects visually (3 months), does not respond to his or her name or to the sound of a familiar voice (6 months), does not ask for help or make other basic requests.

Autism is caused by the malfunction of several systems with in the body which affect learning, expression, and behavior. Children with autism are by nature delicate and highly complex; as such each case can vary greatly and is
affected by factors such as age and environment. Today, the ability to analyze physiological abnormalities and biomarkers has helped in the diagnosis and treatment of autism.

Autism is caused by a combination of abnormalities in the body’s system; one of these factors is insufficient oxygen supply to the brain. It can affect ability to display emotion and abnormal behavior. Current research is still unable to
pinpoint the exact cause of Autism or the relationship between the abnormalities of the body’s different systems. However, there is clear indication that lack of blood supply carrying oxygen to brain cells will have a significant impact. 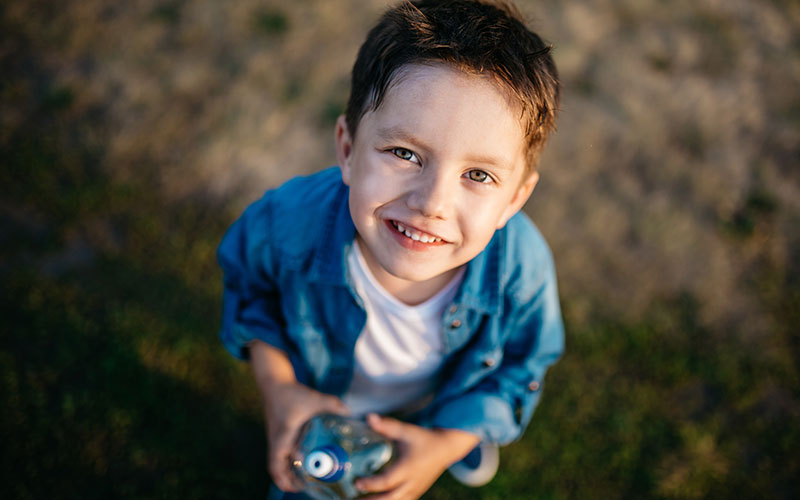 The use of Hyperbaric Oxygen Therapy can help to recover brain cells that may have stopped functioning, which can help to reduce the symptoms of autism. HBO is a new method that has been incorporated into traditional
treatment, is highly safe, and has shown significant positive results in a shorter space of time. During HBO treatment sessions, patients breathe 100% oxygen under increased atmospheric pressure. The significantly increased oxygen exposure can lead to rejuvenation and increase efficiency of brain cells. The process in carried out in a room under increased atmospheric pressure, this will help to create collagen through the partition of Fibroblast Cells. This helps to create more capillaries which will facilitate the transportation of oxygen to brain cells. Furthermore, it can lead to stem cell mobilization, a process whereby stems cells are stimulated out of the bone marrow space into blood stream (neovascularization).

Before Hyperbaric Oxygen Therapy your physician will conduct a thorough health check-up. After being given the all clear the therapy begins and the patients will breathe 100% oxygen under increased atmospheric pressure.
The session will last approximately 60 minutes and patients will have the option of receiving treatment up to 2 times per day. Significant improvement can normally be observed after the 10th session.

Individuals who receive Hyperbaric Oxygen Treatment for Autism are found to be able to hold eye contact for longer, and there are indications of becoming increasingly sociable, especially after the 5th to 10th session. Positive results
are found in 60-70% of participants and low or no response is found in 20-30% of participants. Treatment is not known to cause any adverse complications.